Raining on my parade

I was all set to go for an hour walk at lunch today and it poured! It started right at noon and ended right at 1. I did take out the umbrella and go around the block a few times but with the wind blowing every which way I was getting too wet so had to give up after about 20 minutes.

The insect bites are being troublesome. Some of them have swollen to marble size and are hot to touch. I'm not taking any more benadryl as it makes me drowsy but I am using an anti-itch gel. I've looked carefully and there's no signs of ticks so I'm not worried about that.

I went and weighed in today and it was a bit underwhelming. 0.8 lbs lost. Yes, a loss is a loss.  I need to cut back more on the processed carbs and I did eat about half my weekly points, which has never worked for me in the past, so I need to cut those back out and stick with my daily points only.

I have lost that carb bloat, my stomach is less puffy and I feel generally less 'yucky' if that makes sense to you.

Tomorrow night I am going to a BBQ at a friend's house but she is a very healthy eater so I know there will be lots of healthy choices - I just have to choose them. 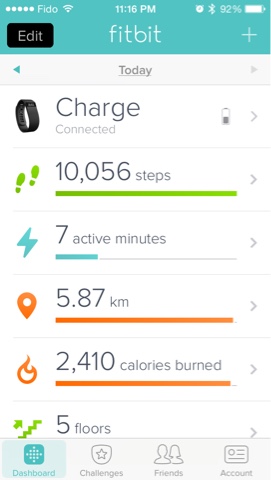 So today's goal was 15,000 steps. As you can see my FitBit is showing just over 10,000 steps.  I did a lot of walking today, pushing my nephew in his stroller. The thing about the wrist FitBits is that they do not record accurately if you are pushing a stroller/cart. You have to have the arm swinging for it to register steps. So I *know* I hit my goal even though it's not recorded, my body knows it :)

Eating wasn't so great today, I did track everything and stay within in my points but my choices were not healthy.  I was out most of the day and ate what was available and offered to me. I  hadn't planned to be out all day, so didn't plan food.

Tomorrow should be my 1 week weigh in but I am not sure I can make it to WW tomorrow, I may need to weigh in Wednesday, I'll keep you posted.

Back to the grind tomorrow. 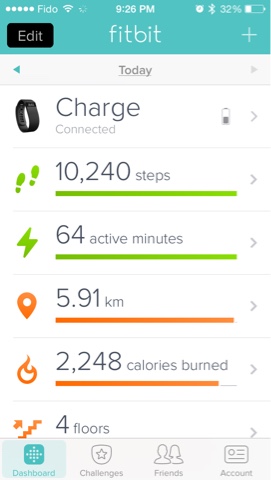 It was a great second day of a three-day long weekend.

I was up early this morning and went with my friend Judy to a new-to-us trail. Unfortunately, it was a bit underwhelming. It was through the bush and full of insects  - the flying, biting kind! There was also not much to look at, except the bush!  We went about 2.5 km in and then turned around and came back to the car.  By then, we both were covered in insect bites on top of insect bites.  It's definitely not a trail I will do again.

From there we went down to the Beach Trail, which is actually my favourite trail but by the time we arrived, it was almost 11 and the sun was hot, hot, hot. The main downside to this trail is that there is no shade at all. Sometimes there is a cool breeze off the water that helps a little, but that was not the case today.  We did another 2.5 km in and then turned around came back.

From there, I went home, had a long hot shower and then napped for about 90 minutes, I was wiped between the walking and the hot sun.  When I awoke, I discovered I had underestimated how much the insects had feasted on me and had to take some benadryl since there was so much swelling and itching.

Then we (myself, my son and his girlfriend) piled into the car and went to see the Great Falls in Waterdown, Ontario. We walked a bit down the trail so I could show them how challenging the hike is.  Then we went for a Tex-Mex dinner in Dundas and then came home.

It was another perfect summer day.

My steps have steadily increased since I recommitted Tuesday night.

My knees are feeling a little stiff this evening, but nothing an epsom salts bath and some yoga won't fix. 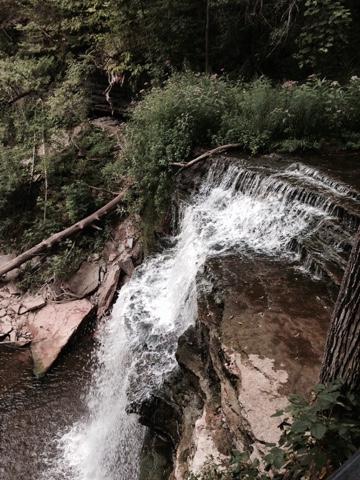 This was my horoscope this morning. Very fitting and very timely.

I had always heard that it takes a year to for the worst part of grief to pass.  Last August, and even earlier this year, I would have not believed it. This is the worst pain I've ever experienced, nagging, aching, sharp and sickening all at the same time.

But it seems to be true. I've noticed the last few weeks, as we approach the first anniversary of Dennis' death, although we are more pensive and more melancholy some days, the fog of grief is lifting. My boys are talking about the future again, they are making plans, they laugh more easily and sleep better - and so do I.

We all still have overwhelmingly sad days. My heart still sometimes skips a beat when I answer my phone and hear Iain's voice - he sounds so much like Dennis that my mind is fooled for a heart beat.  I see Dennis in their eyes and in their mannerisms.  He will always be with me, with all of us who loved him.  I feel like it's okay  to think about being really happy again and not just going through the motions. It feels like it's okay to plan a future, knowing he won't share it with us.

I surpassed 13,000 steps today. Woohoo. I did my 3k loop around my neighbourhood just as the sun was setting. There's a storm coming in, so although it was hot and humid, there was a lovely breeze coming up the escarpment that made it easier and enjoyable.

I met an old friend for lunch today and we caught up on so many things and laughed so hard.

I found the perfect set of dishes at a thrift shop for a ridiculously low price!

I tracked everything I ate and stayed within my Weight Watchers points.

I hope yours was too. 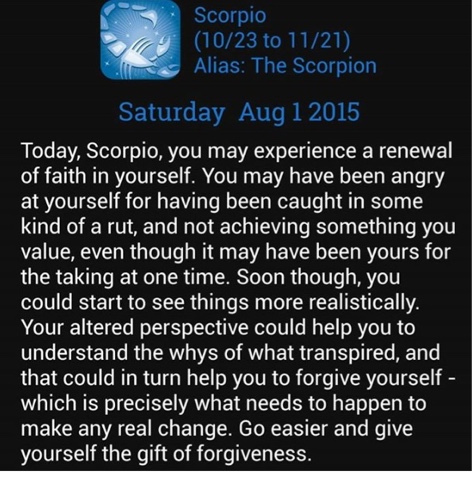 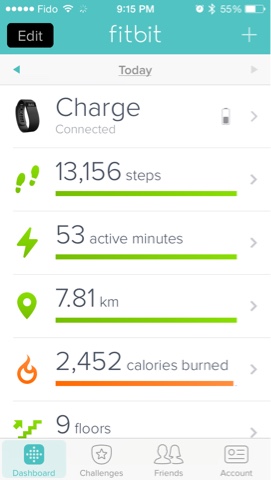 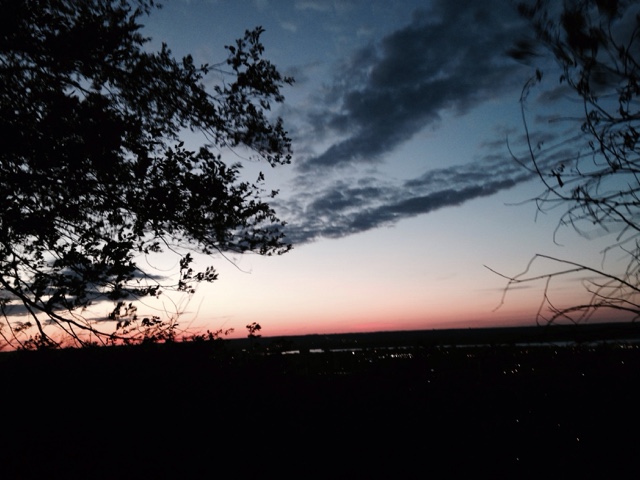 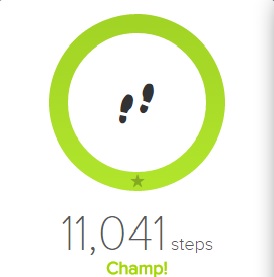 On Fridays (for the summer) I finish work at 1. Today I had to deliver some documents so I actually left at 12 and had a short walk from the parking lot to my delivery then back. Then I came home and picked up my son and we went to the beach for a quick lunch and then walked along the beach trail.

I have done this trail many times, and normally do a 10k loop, today we did 2k and it was a struggle. It was very hot, but also - I am so out of fitness now that my legs, feet and back were hurting, of course the extra weight isn't helping either.

I'm going to do 3k tomorrow and aim for a longer walk on Sunday and Monday. I need to work back up to that 10k.

Liam and I also went to see the new Mission Impossible movie, it was violent but I did enjoy it. Tom Cruise is the same character in all his movies I find, but the supporting cast, especially Simon Pegg were brilliant and it was quite well done.

In terms of WW, I am still tracking and doing well.  I used a few more weekly points today but my walking is earning lots of activity points....more than I expected. I don't plan to eat the activity points but I can see that it will be a fun challenge to see how high I can get them.

Today was one of the best days I've had in a long time - spent time with my son, the weather was perfect, work day was short and un-stressful......just a lovely Friday!

Here are some photos from our beach walk today. 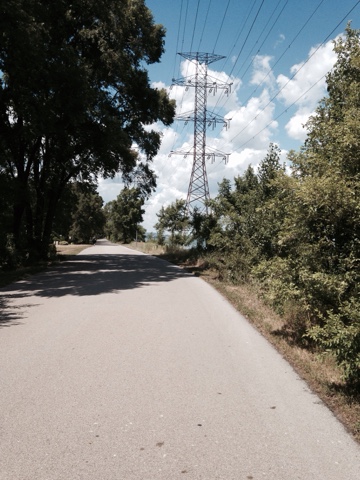 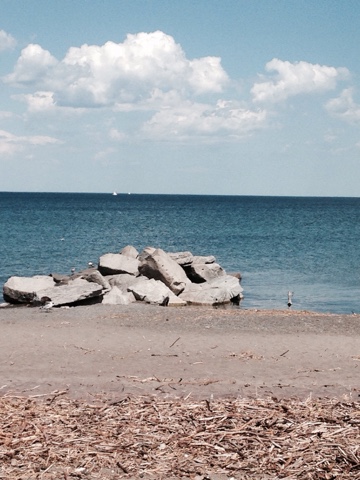 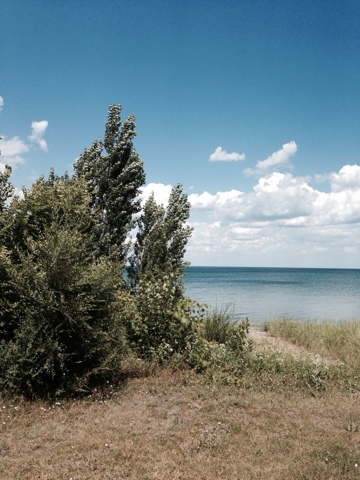 Does 2 days make a streak?

My second successful day back on Weight Watchers. It's amazing how it all comes back to you when you JUST DO IT!

I hit almost 8,000 steps on my FitBit today so tomorrow's goal and for Sat/Sun/Mon is 10,000 steps each day.  Not insurmountable - but a long time since I've done it more than two days in a row.

I am registered for the Niagara Falls 10k (I will be walking) in October and it has been quite some time since I walked 10k in one go so I need to work up to that. It would be nice to beat last year's time of 1 hr 46 minutes.

I went for a short walk at lunch today and that helped boost my steps.  I am no longer working the hospital where it was easy to get 10,000 steps just in my normal work day because of the size of the campus. My current workplace is tiny, tiny, tiny and cramped, so there is no room to just walk about or take the long way to the loo or the photocopy machine when the are less than 20 feet from my desk.  It's not a great neighbourhood for walking in, and the last two weeks have been incredibly hot and humid, I'm hoping it will get better over the next few days.

I have a plan on Sunday to walk at a new trail with a friend and then Monday I am going to hit the beach trail with my tunes and my favourite  walking shoes and see if I can do the 10k loop along the beachfront.  If I go early enough, it will be cool and not overrun with cyclists and roller bladers :)

One step at a time

I know the plan like the back of my hand and I know what to do to be successful.  Weight Watchers gives me the structure, routine and accountability that I desperately need right now as well as allowing me to follow a low-carb eating style and makes sure that I stop ignoring my growing waist line.

I've regained a lot of weight since we lost Den last August.

Lots of reasons, lots of excuses.  I'm not sure I want to dissect them in this post and at the end of the day, I can't change losing him and all I can do is take care of myself going forward.

I didn't regain all my weight, so I am not completely starting over.  Last time I was this weight, I was wearing size 22-24 and although my 18s are tight, I can wear them so my body composition has changed from the running, walking and hiking I had been doing for the last 3 years.

There were also some scary health issues since I was last blogging and I am not yet 100% but I am getting better bit by bit. There have also been some wonderful blessings.  I will write a bit about both over the next few weeks.

So here I am.  Back to Weight Watchers, back to blogging, back to my FitBit, back to hiking and back to my life.

I have 30 points a day which seems like a lot from the last time I was doing WW.  Today went well, I used my 30 points plus 1 of my 49 weekly points and earned 3 activity points from my FitBit.  I like how they synch for activity.

I'm looking forward to catching up with all your blogs.  I will need your support so I hope I haven't lost all of you.

Is there anybody out there?

It's been a long time.
It's taken a long time to start caring about me again.
Baby steps.
Back to Day 1.
More tomorrow, today was my turnaround day.
3 comments: